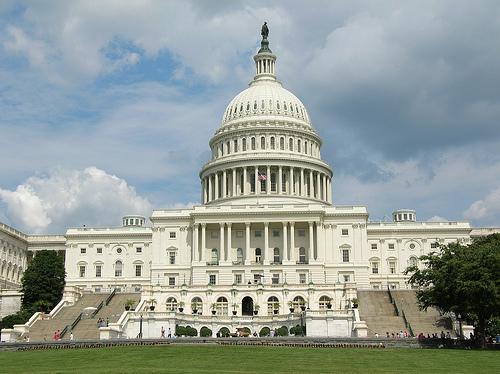 The Capitol is among the most architecturally impressive and symbolically important buildings in the world. The Senate and the House of Representatives have met here for more than two centuries. Begun in 1793, the Capitol has been built, burnt, rebuilt, extended, and restored; today, it stands as a monument not only to its builders but also to the American people and their government. It is a working office building as well as a tourist attraction visited by millions every year.

June 2012: This past spring, Troop 349 welcomed Jack Ulses and Philip Whittlesey in two back-to-back courts of honor, to the rank of Eagle Scouts. The troop opened its doors in 2009 with 5 Scouts, and soon there after 12 more boys joined its ranks. Currently the troop has 37 scouts, all at various ranks.

This past June Jack Ulses, one of the original 5 Scouts graduated as the troops first Eagle Scout. For his Eagle project, Jack created a music workshop designed for students in Grades 2 and 3, to introduce them to basic music concepts through interactive activities (rhythm and musical instrument games).  He also incorporated an introduction to musical instruments vis-a-vis the involvement of Scouts in the troop who offered to demonstrate the instrument they play and give its brief history.  Finally, each of his workshops concluded with an “instrument petting zoo,” to offer the young students the opportunity to explore the musical world.

Foxes Music Company generously donated the musical game and helped to defray the printing costs for flyers. Ms. Connie Jenkins at MEHMS provided advice on how to structure the workshop, and the Mary Riley Styles Public Library hosted the workshops in the community room in the Children’s section of the library.

Also in June, Philip Whittlesey, graduated as the troops second Eagle Scout. For his Eagle Scout Service Project, Philip planned and led a project to create a natural habitat to attract native wildlife at the Gulf Branch Nature Center in Arlington.  Philip organized a group of volunteers to clear invasive species from an area about 120 feet long by 60 feet wide.  Using logs and branches from a fallen tree, the group built brush piles where wildlife can make their homes.  Philip and his group then planted persimmon trees and hazelnut bushes native to the area.

We’re so proud of both you and we know you will go on to do great things in your lives!

Facts and requirements for the rank of Eagle Scout

Eagle Scout is the highest advancement rank in Boy Scouting here are some recent facts:

To earn the rank, a Boy Scout must progress through the ranks in the following order: